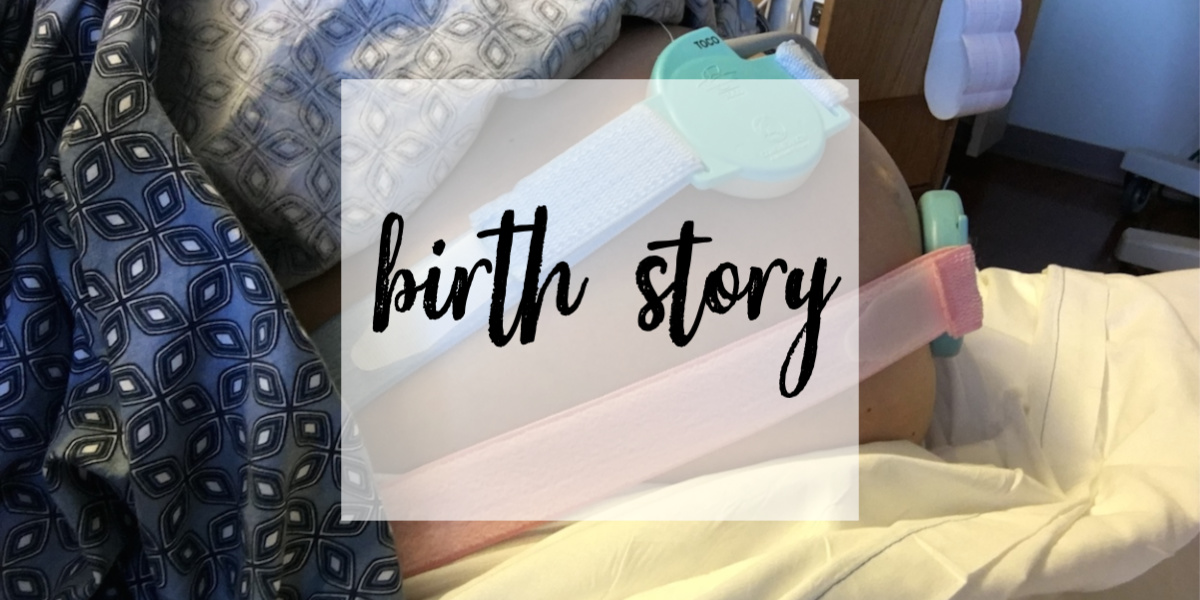 I had fairly eventful deliveries with both my babies. My first pregnancy, I was induced for preeclampsia after being rear-ended on my way to work at 35 weeks pregnant.

My second pregnancy, I had an unexpected c-section in the middle of the COVID-19 pandemic. This post focuses on my actual labor and delivery experience but you can read more on what to expect when giving birth during the pandemic here.

My second pregnancy was complicated by gestational thrombocytopenia (low platelets) and polyhydramnios (too much amniotic fluid).

I discovered I had high levels of amniotic fluid during a routine ultrasound when I was about 30 weeks pregnant.

Polyhydramnios often has no known cause although it could be related to gestational diabetes or genetic abnormalities.

We had done genetic testing already and everything looked good. I had also passed my glucose tolerance test a few weeks earlier so it most likely wasn’t due to diabetes.

I was nervous that something might be wrong but the MFM (maternal-fetal medicine) doctor I saw thought it was just a case of high amniotic fluid without a cause.

I was convinced I was going to deliver my son early because of the complications and because my daughter had come a month early due to preeclampsia.

I was totally wrong, however, and my son was born term at 39 weeks.

By that point, I was so ready for him to come. On top of my regular weekly OB appointments, I was having weekly ultrasounds to measure my fluid levels and weekly non-stress tests.

My daughter’s daycare had closed due to the COVID-19 crisis. I was able to work from home a few days but then had to take maternity leave early. I was also HUGE due to the high levels of amniotic fluid and a fairly big sized baby.

With all the added stress of coronavirus, I just wanted to get in and out of the hospital and have our baby home safely with us.

Even so, I wasn’t prepared when my water broke the day I turned 39 weeks pregnant.

I woke up that morning with stomach cramps so I tried going to the bathroom. As I was standing up from the toilet, a huge gush of water came out. I’ve heard of some women reporting a trickle of fluid or fluid that stops and starts and not being sure if it’s their amniotic fluid.

In my case, there was no question that my water had just broke. Due to the polyhydramnios, there was A LOT of fluid. And it kept coming.

It was 7am and my husband and daughter were just waking up. I called the OB on-call who told me it wasn’t a rush but that I should come to labor and delivery after I got all my stuff together.

I waddled around with a bathroom hand towel tucked into my pants and finished packing my hospital bag while my husband and I waited for my mother in law to come over to watch our daughter.

We got to L&D triage around 9am and were brought to the birthing unit. The OB on-call said we would just wait a few hours to see if labor progressed. My contractions were about every 10 minutes or so.

Because of coronavirus rules, I wasn’t allowed to walk in the hallways so I walked around the room and sat and bounced on a birthing ball. Then I tried resting because it felt like my contractions would stop when I was being active.

Around 3:30pm, the OB decided to check my cervix. She didn’t want to do it earlier because of the risk of infection.

We decided to start Pitocin since it had been over 8 hours since my water broke without much progress.

I had Pitocin during my first pregnancy and the contractions once the medications started were NOT FUN. I was prepared for intense, painful contractions again.

While the idea of a natural, medication-free birth sounds amazing, it has never been a reality for me. I will labor as long as I can until I can’t handle the pain. Epidurals are my friend.

This time, they offered me an IV pain medication first because they didn’t want to put the epidural in too early. I accepted the medication because the pain from the contractions with the Pitocin was so intense. They told me I would feel like I just drank a couple glasses of wine. Instead, I felt like I was on an acid trip.

If I could do it again, I would insist on the epidural for my pain instead of getting the IV medication. Looking back, I should have known the medication was a bad decision. I can’t even take Robitussin without feeling loopy. It made me feel awful and I also think it had a negative effect on my baby.

The baby’s heart rate started dropping during contractions. At one point, a whole bunch of people rushed into the room, turned me on my left side with my leg up in the air, and put an oxygen mask on my face. It totally would have freaked me out but I was so loopy from the pain medication at that point.

They stuck an internal fetal heart monitor on the baby’s scalp. They told me the baby wasn’t tolerating the contractions so they were going to stop the Pitocin for awhile and (FINALLY) give me the epidural to see if that helped.

My epidural was put in around 7pm. After the epidural was placed, my blood pressure started dropping down to 80/40s. The baby’s heart rate was still dropping during contractions.

My baby was having late decelerations. His heart rate was decreasing during the peak of my contractions and slowly returning to normal once the contraction was over. Late decelerations are usually caused by decreased blood flow to the baby (1).

The doctor came in and said that the baby was doing okay now but in an hour, she couldn’t guarantee that he would still be okay. They wanted to do a c-section.

I agreed to the c-section but I was terrified. I couldn’t imagine having my body literally cut open while I was awake. Since I never expected to have a c-section, I wasn’t prepared for what to expect.

Related: How to Recover After an Unexpected C-Section

Because I already had the epidural in, they used that to administer the anesthetic. It was such a bizarre feeling, not being able to feel the entire lower half of my body.

As they were getting ready to wheel me into the operating room, we were told we had to wait because there was a woman pregnant with twins on her way. Since my c-section was not emergent, I had to wait. I felt so uncomfortable from the medications and now I was getting nervous that something was going to happen to my baby if we waited too long.

Luckily, we were given the green light move ahead with the c-section and I was wheeled into the operating room.

The c-section itself is a big blur. I remember being nervous that I was going to feel them cutting into me but mostly I just felt a tugging sensation which wasn’t painful. I remember feeling nauseous and being unable to stop shaking.

Then, they took the baby out and I remember feeling so relieved that he was finally here and that he was okay. My husband got to watch as they pulled him out – apparently he was face up and looking around at everyone!

All the craziness of the past 14 hours faded away when the finally handed me my little guy – 8 lbs, 5 oz and 21 inches of snuggly baby love.

Although I hadn’t been prepared for a c-section and wasn’t prepared for the recovery process that came after, I was so grateful to have my little guy in my arms and knew we had made the right decision to get him here safely.

I hope this birth story helped you in some way – either to process your own emotions after a birth that didn’t go the way you expected or to help you prepare for all the possibilities that could happen during labor and delivery.

If you are a mom preparing to give birth, I wish you all the luck and good labor vibes! 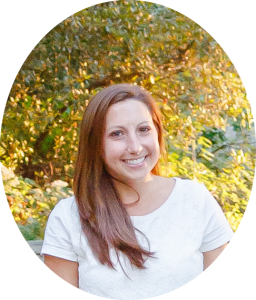 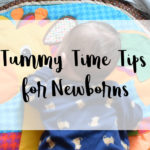 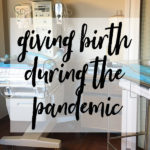 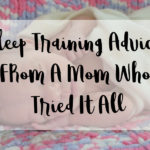 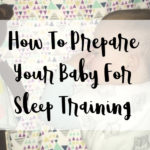